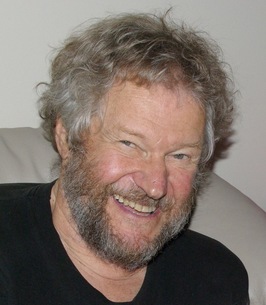 Frank was born in Halifax in 1935.  His father served in the Navy through World War II so Frank and his mother lived for a few years in Victoria British Columbia and then in Toronto with her parents.    Frank attended St. Mary's University, later Technical University of  Nova Scotia, for Electrical Engineering.  He worked initially for Bell in Halifax and then for the Patent Office in Ottawa.  Frank then joined the Department of National Defence in Ottawa where he worked in operational research.  He obtained a Master of Science in Electrical Engineering from the University of Ottawa in 1969.  Frank lived alternatively between Ottawa and Halifax.  He spent eighteen months working for Hughes Aircraft in Los Angeles from 1984-1986 and he retired in 1992.

Frank's interests were varied and included tennis, opera and hosting parties.  He travelled extensively around the world, including The Gambia, Hong Kong, Portugal, South America and Antarctica, Egypt, Russia, India, Israel, Turkey, England, Germany, France, Italy, Mexico and USA.  He was also a landlord at one time owning 12 properties in Halifax.

Frank will be remembered for his unique and joyous laugh, his parrot Buster and the pleasure he took in family and friends.

Friends and family may visit at the Central Chapel of Hulse, Playfair & McGarry, 315 McLeod Street, Ottawa on Thursday, July 14, 2022 from 1pm until time of memorial service in the chapel at 3pm.  A reception will follow the service.

Special thanks to the Staff at Viva Retirement Residence in Barrhaven and to the Palliative Care Team at the Queensway Carleton Hospital for the wonderful care that Frank received.