In Memory of
Harold George
Cook
1928 - 2021
Click above to light a memorial candle.
Memorial Candle Tribute From
Hulse, Playfair & McGarry
"We are honored to provide this Book of Memories to the family."
View full message >>>
Menu 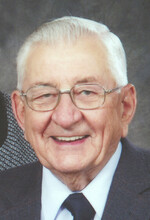 It is with sadness that we announce the passing of Harold Cook on May 3, 2021 at the Queensway Carleton Hospital in Ottawa. He was the only child of George and Gladys Cook (deceased). Harold was the beloved husband and best friend of Helen Cook and the loving father of Cliff (Theresa), Kathy (David), Rob, and Gord (Sue) and a much loved grandfather to Kate, Brenna, Ben, Christopher, Kailey, Sarah, Matthew, and great-granddaughter Imogen.

Harold was a husband and partner, grandfather, brother-in-law, uncle, Federal Public Servant, committed community volunteer, and keen craftsperson and handiman. He was born in Aylmer, Quebec and grew up on a farm on Cook Road, nestled up against the Gatineau Hills. Upon graduation from high school he lived in Montreal as he apprenticed as an industrial scale technician. Near the end of his apprenticeship he and Helen were married in Ottawa.

As a young married couple, Harold and Helen lived in Hull (Gatineau). With a partner he built a business (Clarke and Cook Inc.) which installed and maintained large industrial scales. His work took him all over the Ottawa valley, and he enjoyed his travels through the rural counties, small towns, and cities. In the mid 1960s the company was dissolved and he began working for the Federal Public Service in the Weights and Measures Standards Branch in the department of Consumer and Corporate Affairs. He continued with this work until his retirement.

In 1983 Harold and Helen moved back to Ottawa and upon their retirement directed their energy to volunteering in the community and their church. Meals on Wheels, Nepean Seniors Home Support, The Nepean Museum, and many church group activities kept them busy and fulfilled. In 1997 both Harold and Helen were presented with The Nepean Citizen of the Year Award for their interest in and dedication to causes that benefitted the citizens of Nepean. In 2003 they were acknowledged by the Ontario government for 10 years of volunteer service after being nominated by Nepean Seniors Home Support.

Harold enjoyed working with his hands and once he retired he was able to devote more time to those interests. He built himself a workshop in the backyard and this was his favourite place to spend his time, surrounded by saws and sanders, pieces of wood and an impressive collection of hand tools.

Harold and Helen’s membership at Knox United Church was very important to them both. Harold was a member of a number of church groups over the years including the Archives committee, Pastoral Care, as well as Building Maintenance. If the church needed people to help with an activity, Harold and Helen were always there. For them, Knox was not only a place of worship but an important place for friendships.

Although Harold had many interests throughout his life, his family was the most important. He found great pleasure in being a husband, father, grandfather, and uncle. Getting together with his brothers and sisters-in-law for monthly breakfasts, family reunions, and weekly Sunday dinners with his children and grandchildren were cherished.

Harold/Dad/Grandpa, you will be greatly missed.

The family would like to express appreciation to the management and staff at Stillwater Creek Retirement Home for providing a friendly, comfortable, and a safe place to live. In particular, we’d like to say thank you to the PSWs and Nurses on the ACL 1 floor for the friendship, care, and compassion that you showed towards both Harold and Helen. They often spoke of their appreciation for all that you did for them.

An interment and a memorial service will be planned for a future date.

In lieu of flowers, please make a donation in memory of Harold to the charity of your choice.