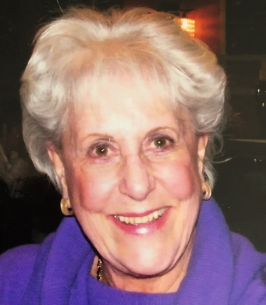 She has left behind her children Gabriella (Tony), (Predeceased) Jonathan (Heather), Jeremy (Gena) and her grandchildren Zachary, Mikayla and Sarah and Richard Stern, the father of her children.

Growing up in Palestine and Israel Jill lived through the creation of the state of Israel and the many wars that followed. Being the daughter of the first Israeli ambassador to Canada brought her to Ottawa where she eventually settled.  A woman of great accomplishment she likes to say she had 3 careers. The first was working with her friends in a law firm, the second was moving to the government where she had a series of very interesting jobs culminating in working on the amalgamation of Supply and Services Canada and Public Works Canada. She then decided to leave the government. The third was Sinders Bridal House which she and her daughter Gabriella bought and ran successfully for 21 years.

She was a loving mother, adoring grandmother, and a great friend.

Funeral service will take place on Monday August 1st at the Jewish Memorial Chapel, 1771 Cuba Avenue, at 11:00AM.

Click here to view the livestream of the Funeral Service.

Interment will take place in Toronto.

Donations can be made to Jewish Family Services of Ottawa or the Ottawa Humane Society.