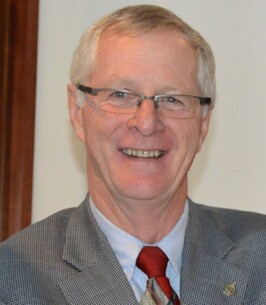 It is with great sadness we announce the death of J. Barry Turner. After a long and courageous battle with cancer, Barry peacefully passed away on Wednesday, October 20th, 2021, at the Ruddy-Shenkman Hospice in Ottawa at the age of 75. Barry is survived by his three siblings Mary Lynne Draper (Mike), Kathleen Turner (Denis) and Jeffrey Turner (Karen). Devoted father to Jason (Donna), Jennifer and Blair (Natalie). Barry was a grandfather "Babu" to Gavin, Danica and Isla. Dear partner of Susan Lawton, uncle to many nieces and nephews, and lifelong friend to countless others around the world.

Barry was a proud, dedicated, and long standing public servant with accomplished roles such as; Member of Parliament with the Conservative Party of Canada representing the Ottawa-Carleton riding, appointed to the Public Service Staff Relations Board as an arbitrator, and Director of Government Relations for Ducks Unlimited Canada. Barry also served as Chairman of Former Parliamentarians for many years and dedicated countless hours volunteering with the Children's Hospital of Eastern Ontario (CHEO) as Chairman of the Board. In Barry's earlier life, he worked for Canadian University Services Overseas (CUSO) where he was a Game Warden in the Mkomazi Game Reserve located in northern Tanzania - East Africa. While there, Barry learned Swahili and maintained his knowledge of the language his entire life. Barry shared his many experiences with family and friends throughout his career and published a book titled "From the Plains of Africa to the Jungles of Parliament" about the real-life adventures he had both in Africa and as a politician. Barry will always be in our hearts.

Friends are invited to visit at the Central Chapel of Hulse, Playfair & McGarry, 315 McLeod Street (at O'Connor) on Wednesday, October 27th, 2021 from 4:00pm - 9:00pm. Following cremation, a private family graveside service will be held. Following Covid protocol, attendance for the funeral home visitation will be strictly limited to registered guests. To RSVP, please visit Barry's obituary page on the funeral home website.

In lieu of flowers, we ask that donations be made in Barry's honour to Children's Hospital of Eastern Ontario (CHEO Foundation).