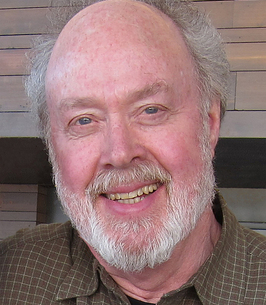 It is with great sadness that we announce the death of Russell Vaughan Lyon, suddenly at home, at the age of 74. Devoted husband of Janice Payne, father to Jeremy (Heather), Amelia (James), and Jessie (Case), brother to Lee and Barbara, beloved grandfather to Zoe and Isabelle, Russell was predeceased by his parents Frances Hazleton and Peyton Lyon. He will be missed acutely by all who had the privilege of knowing him for his playful sense of humour, his thoughtfulness and his generous steady presence.

Born in Winnipeg in 1947, Russell spent early and formative years in Germany. He had fond memories of his time on the wrestling team at London Central and completed high school at Brookfield High School in Ottawa. At Brookfield he formed a folk group with friends called the Whiffley Ghosties; the Ghosties have remained lifelong friends and still play together whenever they can.

Russell studied engineering at the University of Manitoba and then graduated with a degree in architecture from Carleton University. As an architect, Russell worked on many homes and public buildings around Ottawa. When he became a father, he devoted much of his time to raising his children and applied his remarkable talents and trademark ingenuity to the design and construction of several family homes.

A lover of nature and the outdoors, Russell was a fixture on the trail of the Canadian Ski Marathon every year, and could regularly be found skiing in Gatineau Park, in his sailboat at his cottage in Val-des-Monts, cycling in Ottawa and Europe with Janice, or on hiking trips with friends.

Many will remember Russell for his passion for music. A talented pianist and guitarist, Russell dedicated much of his life to sharing his love of music with his children, his neighbours, and his friends. He taught piano to all three children to an accomplished level and coached them tirelessly in the additional instruments they chose to play. Music was a constant presence in his home throughout his life. He also had a life-long love of photography and has left his family with a treasured collection of photographs that will keep him and his love for us in our memory forever.

In lieu of flowers, the family asks that expressions of sympathy be made in the form of donations to the Ottawa Chamber Music Society, the University of Ottawa Heart Institute, the Queensway-Carleton Hospital Foundation, or a charity of your choosing.

Arrangements for a celebration of Russell’s life will be announced soon.