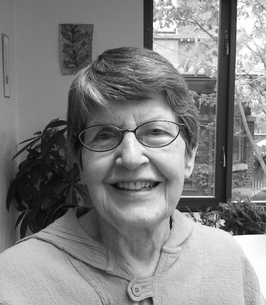 Peacefully at Élisabeth Bruyère Hospital in Ottawa on July 17, 2022. Born the youngest of 9 children in Cranbrook, British Columbia, on September 5, 1924 to Mary Alice Hamilton Home and Edgar Swift Home, she was the last of her generation and will be sorely missed by many.

Shirley was a tough, wise, progressive, sharp, and witty woman. The last of four "Brazen Hussies" – life-long friends with a joie de vivre. She was an inspiration and dear friend to many younger people in her life. She had positive impact on so many around her. A rare confidante, she always had time to listen. Many of us will deeply miss chatting with her; she would talk for hours and share much laughter and sage advice. Shirley’s love of the English language, literature, and classical music shaped her life. A librarian, Shirley attended McGill and the University of Toronto, and worked for the National Film Board. She moved to Ottawa and lived happily in the Glebe for over 45 years. She taught many of us the love of music, birds and plants.  She enjoyed simple pleasures thoroughly; a social happy hour, music, laughter, chickadees, flowers, and swimming in the lake until her 97th birthday.

A visitation at 10am Tuesday July 26 will be followed by a service at 11am at the Central Chapel of Hulse, Playfair & McGarry, 315 McLeod Street, Ottawa, Ontario.  Shirley will be interred on Wednesday July 27 at 1:30pm in Sanctuary Park Cemetery, 1567 Royal York Road, Toronto, Ontario. In lieu of flowers, memorial donations to the Canadian Centre for Policy Alternatives would be appreciated. The family would like to express its enormous gratitude to all the members of “Team Shirley”, including staff at Abbotsford House for the wonderful support that enabled Shirley to live happily in her own home well into her 98th year.

View a Livestream of the service for Shirley Allen