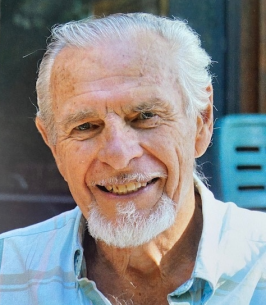 It is with deep sorrow and a lifetime of memories that we announce the peaceful passing of Walter (Wally) William Gulka in Ottawa, Ontario.  Wally was a devoted son, husband, father, grandfather, brother-in-law, uncle and loyal friend to many. He will be greatly missed.

Highly accomplished as a musician, educator, and administrator, Wally’s greatest gifts were his loyalty to family and friends, his positive demeanor, his smile and his ability to brighten the lives of all he touched.

A child of the depression Wally was born to Ukrainian immigrant parents Nicholas and Josephine (nee Stozek) Gulka and was raised in Toronto’s Ward District and then Kingston.

Starting his musical career at age 5 with violinist Ivan Romanoff, Wally was a talented violinist, trombonist, and violist. Wally combined his love of music and education and enjoyed a long and successful career as a music teacher, and high school principal.  He served 44 years with the Thunder Bay Symphony Orchestra, first as a community player, and then as a professional musician eventually retiring at age 80.

A lifelong student, he earned a Bachelor’s in Music, and then a Bachelor of Education from University of Toronto followed by a Master’s in Education, the A.R.C.T. Royal Conservatory Designation, Principals’ Courses and Arts Management expertise.

A dedicated leader, Wally always went above and beyond, earning the coveted “Gold T” award for achievement as conductor of the U of T Marching Band.  He was involved in many militia bands, marching bands, operatic bands, and symphonies both as a musician and conductor.

During the big band era of the 50’s and 60’s, Wally played trombone professionally with many of the leading dance bands of the time in Muskoka and Toronto and had the privilege of performing with talents like Steve Lawrence and Edie Gourmet, Rob Goulet, Elvis Presley, Bob Hope, Red Skelton, Tom Jones and many others.

In 1959 Wally married Lillian Glowacki (1937- 2011) and first settled in Scarborough, Ont where he began laying the foundation for his career as an influential music teacher, vice-principal and principal at Winston Churchill CI (1954-1965) and Sir Wilfred Laurier CI (1965-1970),.

Following the birth of his twin and third daughters, Wally and family returned to Lillian’s family roots in the Lakehead in 1970.  He continued on the jazz front with the Roy Coran Big Band, and branched out to the Thunder Bay Symphony Orchestra on viola and trombone.

Wally became principal of Fort William Collegiate Institute (FWCI) in 1970 and then served at Churchill CI (1981-1987) and garnered a reputation as a dedicated and respected teacher and leader whose passion for music reached many students. Over the years he stayed in touch with many graduates who expressed appreciation for his impact on their lives.

Wally was a lively, energetic, curious, outgoing, old-fashioned gentleman with a zest for life.

Wally made friends easily and engaged with everyone who crossed his path. His genuine interest in EVERYONE’s story across all walks of life serves as a role model for us all.

A well-rounded “renaissance“ man with athletic, musical and artistic interests, Wally loved to be active enjoying tennis, hiking, golf, cycling, skiing and swimming at the family cottage in Lake Muskoka.  Cultural interests and travel with Lillian and “Gulka Tours“ were especially memorable.

But Wally’s biggest passion was his family and his favorite past time was spending time with family and friends.   Whether enjoying Whistler or Mt Tremblant, sharing drinks on the dock in Muskoka, at camp on One Island Lake, Wally was always up for socializing, good stories, and embracing new adventures.  He treasured the many winters spent with daughter Lianne in Palm Springs, California, and summers with family in Muskoka.

Since 2006, Wally’s most passionate family interest centered around his grandson, Marko. “The Jeej” and Marko shared a truly special bond and Wally always celebrated his grandson’s achievements, no matter how big or small.

In 2021 Wally began a new adventure and moved from Thunder Bay to a retirement residence in Ottawa, to be closer to family and grandson Marko.  Handling his move and health challenges with grace, courage and a fighting spirit, Wally was an inspiration to the end.  His loyalty and devotion to family will remain his lasting legacy.

As much as he embraced life, life certainly embraced him.

A celebration of life gathering will be held on June 21, 2022 at the Thunder Bay Community Auditorium from 3-6 pm.

In lieu of flowers, a donation to one of the following charities would be greatly appreciated: